The poet Muriel Rukeyser once wrote:

I will protest all my life . . . but I’m a person who makes … and I have decided that whenever I protest . . . I will make something — I will make poems, plant, feed children, build, but not ever protest without making something.”

Muriel Rukeyser’s words really resonate with me these days. The urge to protest racism, bigotry and hatred feels so urgent to me. And yet, my artist self doesn’t want to be left out. I figure it’s time to make something: a peach crisp that we take to a potluck. A remounting of Tennessee Williams’ masterpiece, The Glass Menagerie, at Richmond Civic Theatre with a lovely group of people. (More about that later). A handful of words that tell a story.

There’s tension, of course, between grappling with life-and-death problems and creating something tender and beautiful. It can be hard to justify making art when people’s basic needs aren’t being met. But I think protest and poetry alike can be about making space for compassion and humility, calling people out–and calling people in.

Both require moxie to believe in the possibility of hope.

Now, sometimes the art is clumsy and fails to connect to its audience. Sometimes it has a life-span of a mayfly. But it’s through the act of creating that we can imagine a different, better world. One that we occasionally can even dream into reality.

Here is a new poem I’ve been working on this summer. It’s my own way of grappling with what can coax us to open up to ideas or people or places that challenge us. I’d like to share it with you.

A closed fist can neither
give or accept the gift. Can’t

clasp another hand
to hoist the body out of

its history. Won’t find the way
to a mother’s arm at midnight

as her son bleeds out for want
of holding. Or wave as

my car passes your truck.
And certainly not stroke

the smooth head of a yellow dog
who searches out violets after rain.

This is what Agnes told me
before describing her work with

What entices small petals to
open April mornings or swing

the car door ajar to receive
passengers? This remains a mystery

to the mother who opens
her eyes without seeing,

in the lap. Fists the same size
as our beating iambic hearts.

What coaxes empty hands
petal by petal, tears and doors?

What act of surprising ourselves with hope
will finally hold?

Maybe you feel like making something, too, in the spirit of Muriel Rukeyser? If so, please consider telling us about it here in the comments section. I’d love to read it. 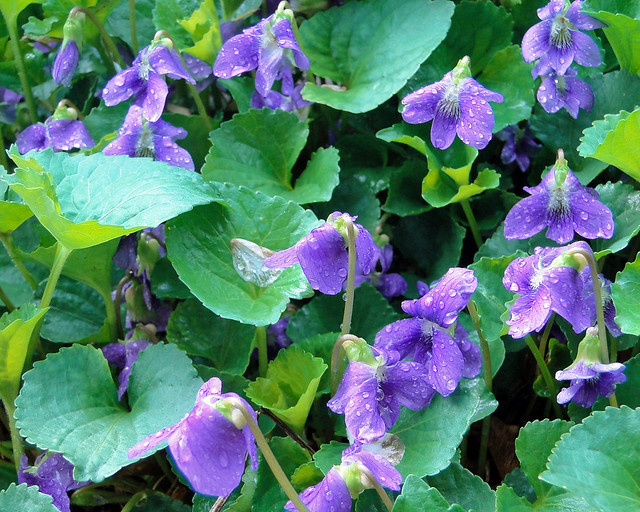